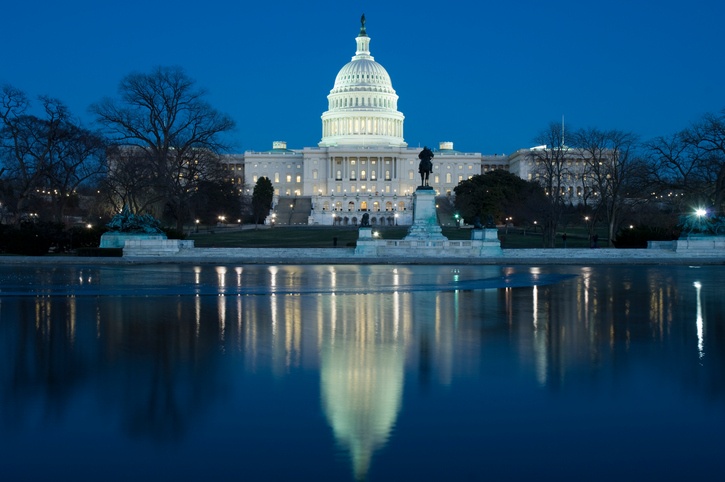 Congress Itself is in Breach of the Constitution

Dr. Pestritto notes that since Article 1, Section 1 of the Constitution vests all legislative power in Congress, even delegation of that power is in fact a breach of constitutional practice. The growth of the administrative state is not only a result of an overreaching executive branch, but also a result of Congress’s unwillingness to reclaim, using the power of the purse, its constitutional responsibility.

Furthermore if you look at the legislative powers that are listed later in Article 1, nowhere does it say that one of the powers of Congress is to take their legislative power and give it or distribute it to a different branch. One of the reasons—I would say the main reason—you have an administrative state today, the thing without which the administrative state could not exist, is delegation. [It’s] the idea that Congress delegates its lawmaking power to the executive branch. If the courts don't allow that in the 1930s, and I've pointed to some of the cases where that happened, you don't have the situation that we're in today.

That would be a doozy at the Supreme Court ruling wouldn't it?

Yes. There are some Constitutional Conservatives of course who sort of dream that one day the Supreme Court will wake up and will strike down delegation and therefore the way in which most administrative agencies make policy. That's not going to happen, I think, in a realistic sense of things. I also, more seriously, think it's a mistake for Constitutionalists to look to the courts to do by the stroke of a pen or a decision or a series of decisions, to put the Administrative State back in its place. If you think about how the Administrative State exists, it exists simply because Congress has created it. These are agencies that are created by Congress, they're empowered by Congress, they're funded by Congress.

If we think that this is a problem now, that so much policy is made by unaccountable agency staff as opposed to by elected lawmakers, if we think that's an issue, it is entirely within the power of those elected lawmakers, the people whom we vote for, to recapture some of that. I don't want to suggest anything fanciful or unrealistic where all the sudden all these agencies are going to go away. I know presidential candidates like to talk like that a lot. It's certainly reasonable to expect that Congress could start to draw back some of the specifics of policy to itself. It could do that through funding in addition to taking back some of the regulatory power.