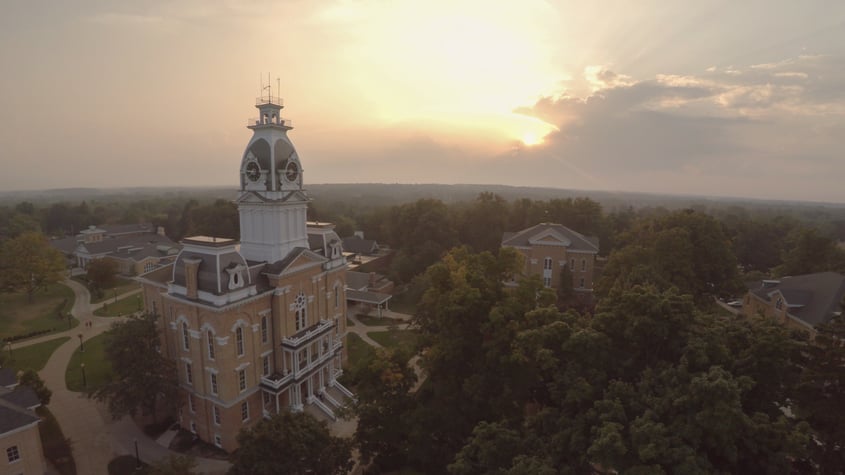 Dr. Moreno and John Miller discuss Hillsdale College’s history on the topic of race relations. Since its founding in 1844, Hillsdale has refused to discriminate based upon race, religion, or sex. Even Affirmative Action legislation denying federal funding to schools that refuse to count their students based upon race couldn’t shake the College’s commitment to non-discrimination, and to this day it refuses all federal and state taxpayer funding, even in the form of student grants and loans.

The following video is a clip from Hillsdale’s Online Course: “Public Policy from a Constitutional Viewpoint,” featuring Paul Moreno, the William and Bernice Grewcock Professor in Constitutional History, and John J. Miller, director of the Dow Journalism Program.

Paul, you've given us a lecture on race and affirmative action. I want to start out with a question about our own college founded in 1844. In its charter it says there'll be no discrimination based on race, religion, or sex. How unusual was it for an institution way back in the nineteenth century to say such a thing?

It was very unusual. In fact, Hillsdale, if it's not the first, it's certainly among the first one or two colleges to admit women as well as blacks on the same terms as whites. Hillsdale was founded by the Free Will Baptists, who were an evangelical denomination—a part of the second grade awakening, which was maybe the most important factor in making an anti-slavery movement in the United States. Hillsdale was very much part of that abolitionist movement. We're very proud of the fact that our college sent more of its student body as a proportion to fight for the Union cause than any other except the military academies. Hillsdale's founding was very much a part of the movement against slavery. The effort to bring fulfillment to what the founders hoped, which was that slavery was on its way out and that eventually the constitution would no longer have to compromise with the institution.

The college has fought to main this principle, even at some cost in the era of the modern administrative state. Bring the story up to now if you could.

Sure. For years in the late nineteenth and into the twentieth century, for instance, the college would not participate in athletic events with other institutions that segregated their students. In the twentieth century the federal government began to require colleges to take race into account if they were receiving federal financial aid. That's really what made Hillsdale and some other colleges, like Grove City College, challenge the department of education and their interpretation of the civil rights act. This is Title 6 of the Civil Rights Act of 1964, which said that any institution that receives federal financial aid, federal financial assistance, can't discriminate on the basis of race. For Hillsdale that was really no problem because we'd say we've never discriminated on the basis of race. We've never taken race into account at all. We've always admitted blacks on equal terms with whites, so this was something that had no effect on the college whatsoever.

But, once the bureaucrats began to define non-discrimination as [a] requirement that you take race into account, that you count the number of your students on the basis of race, that you adopt what later became to be called affirmative action, the college's refusal to do that is what led to long litigation and ultimately, in the 1980s, the Supreme Court and Congress decided that if you don't comply with this new affirmative action interpretation of the Civil Rights Act, you can't receive federal financial aid. That's why Hillsdale doesn’t.