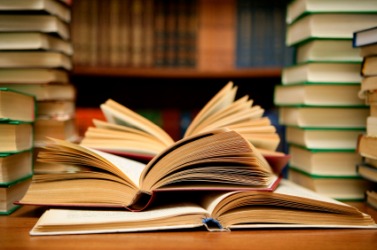 One Vital Way How the Role of the Federal Government in Education Has Changed.

The following video is a clip from Hillsdale’s Online Course: “Public Policy from a Constitutional Viewpoint,” featuring Larry P. Arnn, professor of politics and history, and president of Hillsdale College, and John J. Miller, director of the Dow Journalism Program

Well, it always has had a very important role, but that role [must] be understood. It was the way the federal government was involved in just about any local thing. Its biggest asset was land,and twice in history—a very noble occasion in 1785 [and] 1787 is the first, and 1862 is the second—they gave land to the states,andone section of it, most of the land, was to be sold into public hands, private hands,so people could use it, live on it, produce with it, live their lives. That's what America was thought to be for. They reserved one part of it in every state, all across the country, but starting with the Northwest Ordinance.

[Each] state was to treat that as an endowment for education in each township. One thirty-sixth of the land of the Northwest Territory was reserved for that. The percentage actually grew as it went across the country. By the time it got to California, it was an eighth of the land. Then this gift, which is in the Land Ordinance of 1785 and the Northwest Ordinance of 1787, in those two documents where the gift is made, it states a grand goal: “Religion, morality, and knowledge being necessary to good government and having some in kind schools in the means of education shall ever be encouraged.”

After that the federal government is done with it. It gives this land. The states have it. They're responsible to their own people for whether they do what they're supposed to or not. The people are quite able to manage them. If they cheat and don't spend it on what they're supposed to, throw them out and get somebody in who will. That old model, which is the constitutional model, it means that each locale…. Today what we think is, the federal government gives a minor—I think it might be 20 percent of the education spending is federal—a minority. You get some money from the federal government, and you get very detailed rules about how you've got to deal with it. The rules are impenetrable. That's the opposite of the Northwest Ordinance. That's why one grand, beautiful goal—Here,use this for education—that's the old way. The new way is bureaucratic, centralized, top down.