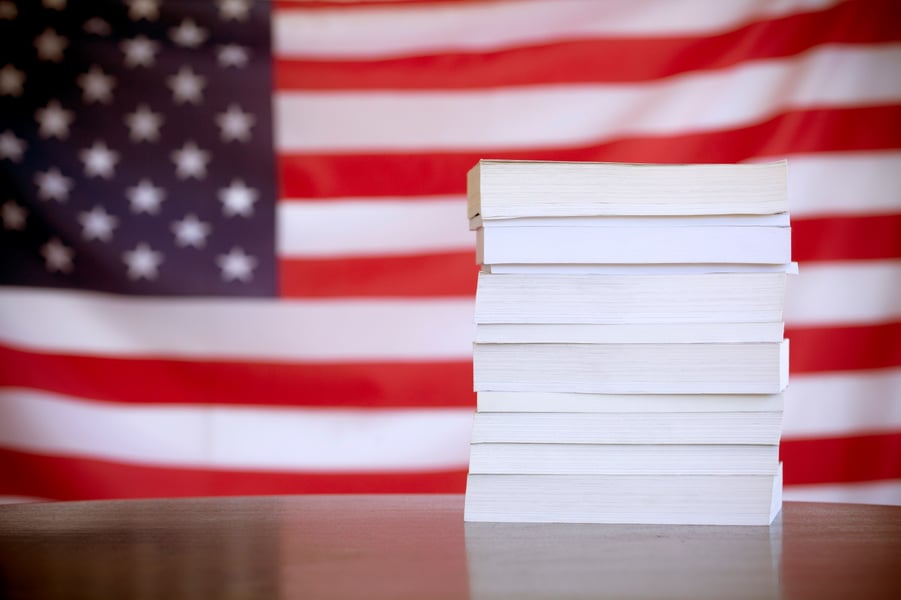 Why the Liberal Arts are Conservative

By Hillsdale College Online Courses May 18, 2016

According to Dr. Larry P. Arnn, the liberal arts are essentially conservative because they aim to define, teach, and thereby preserve the intellectual and cultural heritage of Western civilization. The pursuit of good things—things of intrinsic worth—has been marked throughout history by devotion to a set of principles, the “laws of Nature and of Nature’s God.” The study of the liberal arts is the study of those principles. It is essentially a conservation of the history of mankind’s aspiration toward the good.

Well, conservative comes from the word to conserve, and so we're serious about conserving some things that are valuable, beginning with, by the way, some revolutionary things that began in classical times, and in early Judaic and Christian times, and with the American Revolution. But we try to conserve the best of those things and the knowledge of those things.

Liberalite comes from the word free—the Latin word for freedom is libera. And so, the great tradition has so much to do with freedom. The liberal arts, and I should define that term for a minute…. They mean “free” in a specific sense; they mean free in that they are interested in the freedom of the human soul, but they also mean free in the sense that they study the kinds of goods that are at the pinnacle of all goods.

What are the higher goods than health? Like somebody might be healthy and wealthy and victorious in war and have general good fortune and still be miserable; that happens. What is that person lacking to complete their life? What is the highest good, the good that's good simply for its own sake?

In the Declaration of Independence, committing an act of treason, already wanted men, they referred to the standard of “the laws of Nature and of Nature’s God.” Those would be the highest laws, the ultimate laws, the laws that matter the most.

Winston Churchill, in 1941, deciding to send some troops to Greece, said, “We promised we'd do it. They've got to go. Even though we can't really help the Greeks, they've got to go. We said we would. To break a word like that would be very bad.” He said, “There are rules about that kind of thing.” He's referring to some very high eternal rules.

The liberal arts are the study of those rules and those goods that are the highest of all. And in that sense those goods and rules are free; they are not dependent on anything else. And the human being who lives in accordance with them is also the most free that a human being can be. That's the message of liberal arts. And we are a conservative institution because we seek to conserve that ancient message.